Download the 2022 CSAF State of the Sector Report and Executive Summary.

Download the 2022 CSAF State of the Sector Report and Executive Summary, and watch the webinar recording.

Founded in 2004, Enterprise Cooperative Kimbe, known as Ecookim, has a simple motto: “unity is strength.” The organization is a union comprised of smaller cooperatives that purchases, processes, and exports cocoa beans from thousands of smallholder producers. These producers cultivate over 40,000 hectares of land in Western and Northern Ivory Coast, regions that suffer from high unemployment, poverty and poor infrastructure. Because of Ecookim, they now have more direct access to markets and premium prices for their cocoa.

In the past, Ecookim depended mostly on the funding provided by local buyers, putting the organization in a weaker bargaining position. “Access to financing is one of the principal challenges faced by cocoa cooperatives in Ivory Coast,” explained CEO Mamadou Bamba. “On the rare occasions it can be obtained from local banks, it is often extremely expensive.” 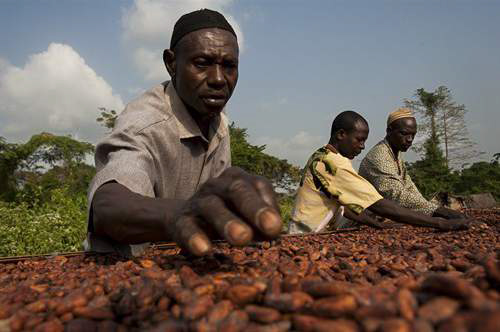 In 2011, Alterfin became the first international lender to finance Ecookim. At that point, the union consisted of seven cocoa cooperatives and approximately 3,000 producers.

Today, Ecookim has 23 member cooperatives, representing a combined 12,000 producers. Alterfin has renewed and expanded its credit line each year, and Ecookim has since received financing from several other CSAF members, including Incofin, Oikocredit, responsAbility, and Shared Interest.

Beyond short-term trade credit, lenders partnered with Rainforest Alliance in 2016 to provide Ecookim’s producers long-term finance so they could rejuvenate aging and disease prone trees through a process known as renovation.

With co-investment from the union itself, Alterfin provided a long-term loan, while responsAbility’s technical assistance facility supported the project with grant funding. The loan funding is being channeled through Ecookim in the form of a multi-year package of in-kind loans to 335 of its members. Three different loan packages and extended grace periods have been designed according to farmers’ long-term renovation plans.

If you are interested in becoming a member or affiliate and believe your organization meets the requirements, please contact us using the form.

CSAF also welcomes outreach from prospective partners and researchers, but please note that we have limited capacity to respond to all inquiries.